You are here: Home / Lifestyle / Entertainment / Most Important Images On The Internet 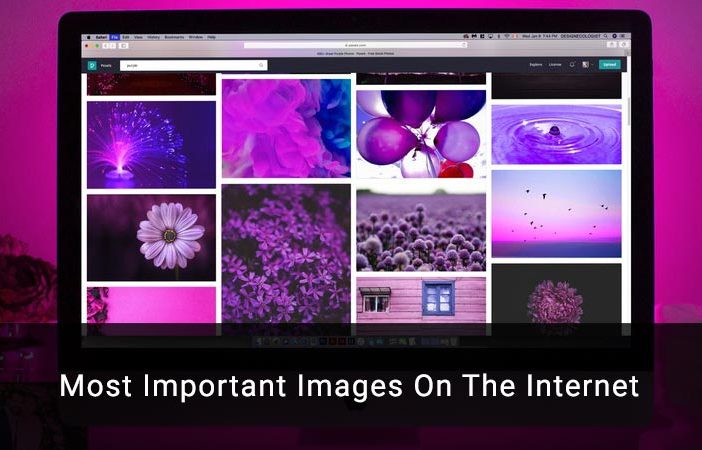 How are the most important images determined? Is it Google rankings, views, social media likes or the number of shares? Well, online popularity cannot be determined by just one method.

Here, we have put together a list of most important images on the internet based on how well they performed on various social media platforms and searches.

Doug The Pug: Dog Relaxing With A Bunch Of Snacks

This is among the top results for Google image search for the most important image on the internet. It features the popular ‘Doug the pug’ looking remarkably fashionable and relaxed. ‘Doug the pug’ has over 3 million followers on Instagram and over 2 million Twitter followers.

Most Important Images On The Internet (Search): Pregnant Kim Kardashian

This dog’s tongue is really strange. Do dogs have such long tongues? Of course, dogs have long tongues but not this long, which explains why this image made it to the list of the most important images of 2019.

Marnie the dog is an internet sensation. Imagine this – millions of followers, her own app and just became an author. Her trademark head tilts, huge eyes, floppy tongue and of course, the silly captions by her owner have earned Marnie the dog a huge online following.

On the left is Emilia Clarke, an actor in one of the most famous television show – Game of Thrones. On the right is a Beyoncé, an American superstar singer and actress. Beyoncé is a huge celebrity compared to Emilia Clarke. Apparently, Beyoncé is a fan of Emilia Clarke. There was this incidence early this year when Beyoncé approached Emilia during an Oscar’s after-party, but Emilia was overwhelmed by emotions and plundered her chance of talking to Beyoncé.

Famous Dog On The Internet

This image is too hilarious. You must be laughing right now, right? The dog’s teeth resemble human teeth except they are not.

While searching for the most important image on the internet, you will certainly come across this image of a teary white cat. This image is not edited; the cat is actually crying. Funny, huh?

The Dress That Broke The Internet

This badly lit dress image started off as an innocent question by one person asking the colour of the dress. It quickly went viral spawning memes, arguments and some half-baked scientific explanations of the viral dress true colours. There was a fierce battle between people who saw it as white and gold and those who considered it black and blue.

If there is one person who had many viral images this year, it is the United States president, Donald Trump. This image of him with a man bun is too funny.

Measles Epidemic And Dress Debate Most Important Things On The Internet

This viral meme of a young boy who seems amused that the dress debate and measles epidemic is the most important thing on the internet. Well, this was in reference to the image that broke the internet. The facial expression and the question make the image too hilarious.

This is an image of former US president Bill Clinton and his wife Hillary Clinton, a former presidential candidate and secretary of state. This image was part of the hashtag,’ #Clintoncrimefamily,’ referencing to the crimes the allegedly committed while they were in office.

This is an image with the caption “The most important thing is to be you unless you can be Batman. Always be Batman”, and a boy who is in Batman’s gear. Well, it seems to suggest that things have not worked out by him being himself and thus decided to be Batman. Hilarious, isn’t it?

An Instagram user set out to break the record for the most likes on Instagram. He achieved this in January 2019, with no so special image but a normal egg picture. This post went viral, and within 3 days, the post had over 45 million likes.

In this image, one squirrel is in a dress, and we can thus assume she is the ‘woman.’ The two seem to be kissing. They even have their eyes closed! Was this real or were they dead and put in that position? It is not clear, but this image is fascinating.

Donald Trump is obsessed with building the Mexican wall to stop immigrants from entering the United States. In this image he seems to hit the wall and is probably, saying, ‘I will build an unbreakable wall.’ The occasion is not clear, but Trump must have been damn serious about the point he was making.