You are here: Home / Celebrity News / The swing of things at Burt’s Place 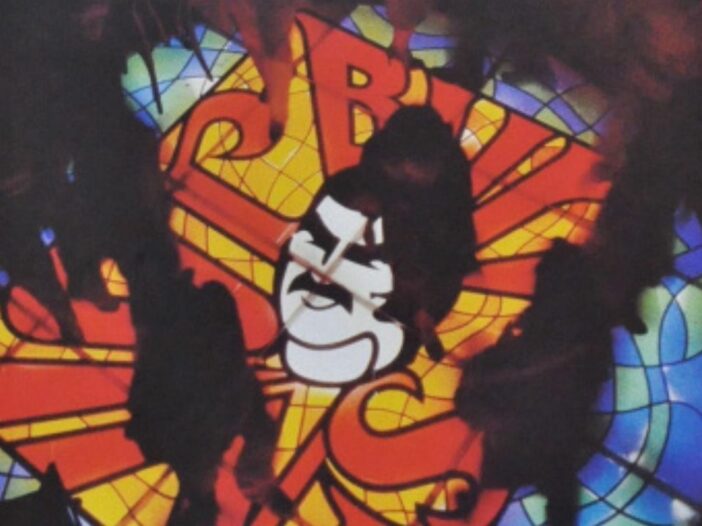 Before Tyler Perry, there was Burt Reynolds. But beyond making Georgia the number three state in film production and bringing all kinds of movie stars like Sally Field to Atlanta, he also dallied in the ultimate celebrity investment – the restaurant/nightclub venture.*

I found this photo in the book Atlanta: A Celebration (1978), suspiciously also penned by Galphin and Shavin (the same Chamber of Commerce-funded authors of Atlanta: Triumph of the People). The caption reads “…or join in the swing of things (Burt’s Place, Omni International).” Yep, that’s Reynolds’ signature mustache in stained glass on the dance floor before a live rock ‘n’ roll band. (I’m not sure why the floor says “Burt’s Joint” instead of Place.)

Burt’s Place was a Burt Reynolds-themed restaurant/nightclub and was only open for one year in the late ’70s in the never-quite-successful-enough Omni International complex (also home to the short-lived World of Sid and Marty Krofft). After Burt’s Place’s long and storied tenure in Atlanta, the space later housed the Broadway-themed cabaret called the Manhattan Yellow Pages. I like to think that the energy and hipness of Burt’s Place and its clientele paved the way for Atlanta’s most famous Kroger-adjacent disco – Limelight!

*”Chris ‘Ludacris’ Bridges cordially invite [sic] you to Straits,” anyone?